Are fake news and high profile gaffes saving twitter? What can we learn from the mistakes?

There has been a lot of muttering about twitter. Can it survive, is it in decline, will it be subsumed by the behemoth of Facebook or those Snapchat upstarts? How come it keeps picking losers like Vine and Periscope?

I love twitter, it is officially my favourite social channel. I love the fact you can't say too much - it makes people cleverer and funnier. I love that it is in the moment, it is a celebration of what makes social media so powerful - honesty, spontaneity, opinion and conversation. It lets the little guy take on the most powerful people and brands in the world with humour, wit and charm.

The last few months have shown twitter at its best - I almost can't wait to wake up in the morning to find out the latest Trump gem. But amongst all the chuckling there are some serious learnings for brands. So, here's a few examples of gaffes, twitter's response, and what we can learn to win in social.

Honestly Warren - you really need to check that someone has spelt Moonlight correctly!
When LaLa Land was wrongly named Best Picture at the Oscars this week the internet went crazy. Quick thinking brands made the most of the general banter to show they are human too. 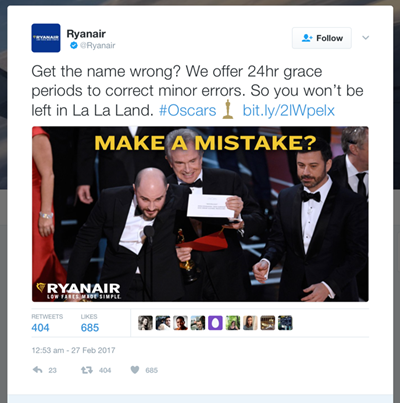 Hard to choose an example here from the Donald medley but Sweden wins because the whole nation is just so awesome at social media. Famously, they hand over their @Sweden twitter feed to one of their citizens every week to give an authentic voice to the world. When Donald Trump referred to 'imaginary' social unrest, the school teacher manning the feed asked for evidence, and her country responded. 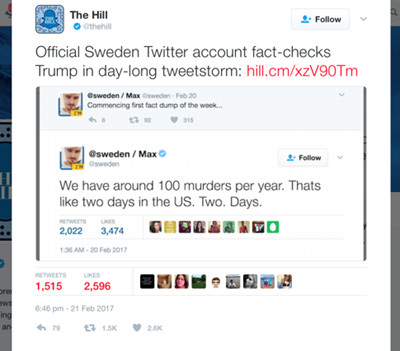 Hats off to Ikea who have managed to make their brand synonymous with all that's great about Sweden. 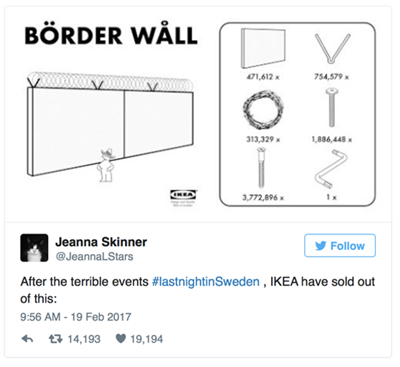 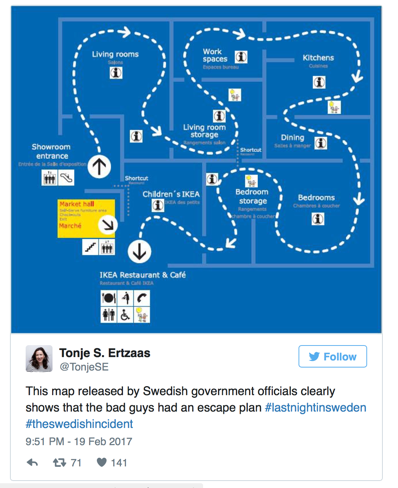 Interestingly, the debate continues as to whether Trump was right or not.

The multi-award winning #BiggerIssues campaign by TMW for Lynx and CALM (Campaign Against Living Miserably) was a stroke of genius. It raised awareness of suicide by young men by comparing it to some of the trivial stories trending on twitter. Real-time updates made the campaign totally relevant but, the start of the campaign coincided with the terrorist attack in Paris.

Thankfully, the team were prepared with a full social media crisis plan. They pulled the campaign showing support for the victims and their families. It ran later and delivered a huge positive impact for the charity. 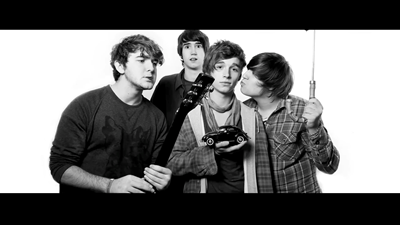 So, what's the verdict?

Twitter is fun, fast, irreverent and fearless, it is here to stay. And Warren, don't worry, we all make mistakes. As YouGov showed in its latest poll - we don't recognise strangers, remember our family's names, or even know who's in our bed! 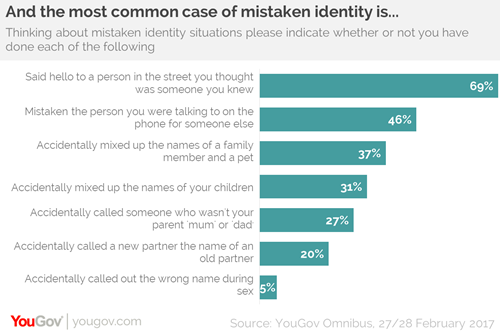 If you'd like to learn more about social media, check out the IDM's Social Media: Strategy, Tools and Tactics course.